Roberto Quintero was born in Caracas, Venezuela where he grew up in one of the most renowned musical families as the son of Ricardo Quintero and Eglee Correa. At age 7 he received his first lessons by his father which led him to play both the Guitar and the Venezuelan Cuatro. After a short period of time his great musical talent was developed and he could study at the Caracas Conservatory. His mentors include names such as Jesús “Totoño“ Blanco and Marides Mijares. With his parent’ support he was able to make his first musical steps alongside some of his famous family members Nene, Chu, Rafael and Rosalia Quintero.

In Venezuela he has been part of an extensive number of recordings and performances with numerous world-renowned artists. This includes a 5 year period of touring with Salsa Star Oscar D. Leon.

After his enormous success in his home country he decided to broaden his horizons and move to New York where he currently resides. Here he could fulfil many of his musical dreams, performing alongside countless international stars. Roberto Quintero is an extremely versatile percussionist and is able to enrich the sound of any musical genre.
To date his professional studio work on the Percussion is documented on more than 1.000 recordings worldwide.

He has received the highest recognition by international music magazines such as Drum Magazine, which featured his artistry with a profound and touching portrait.
Awards & Recognitions 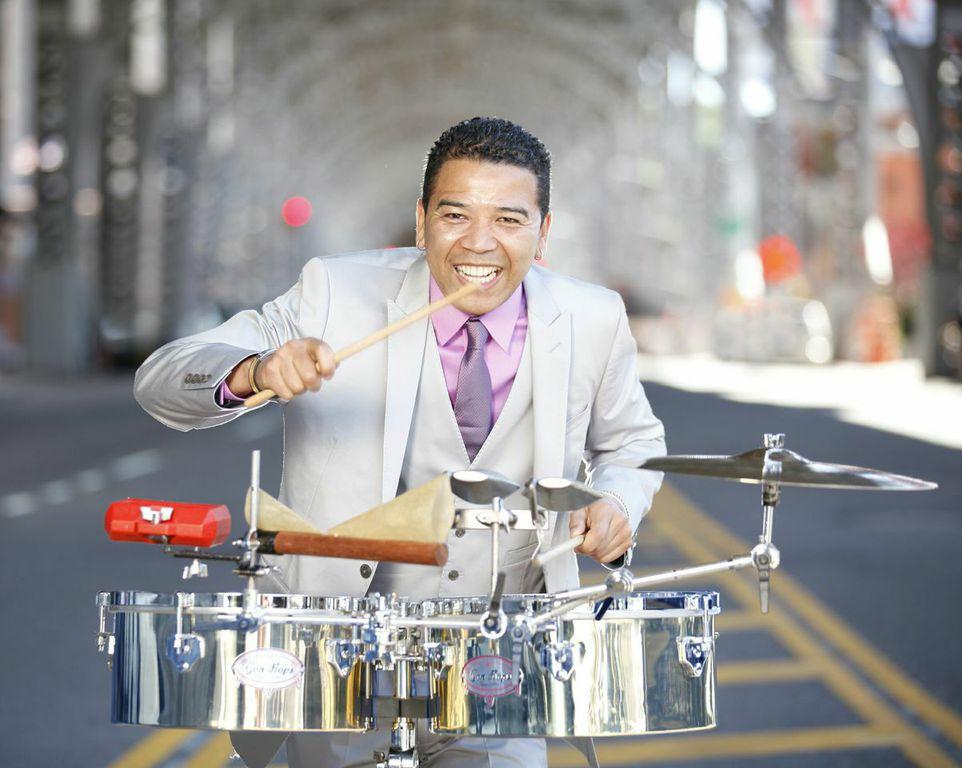